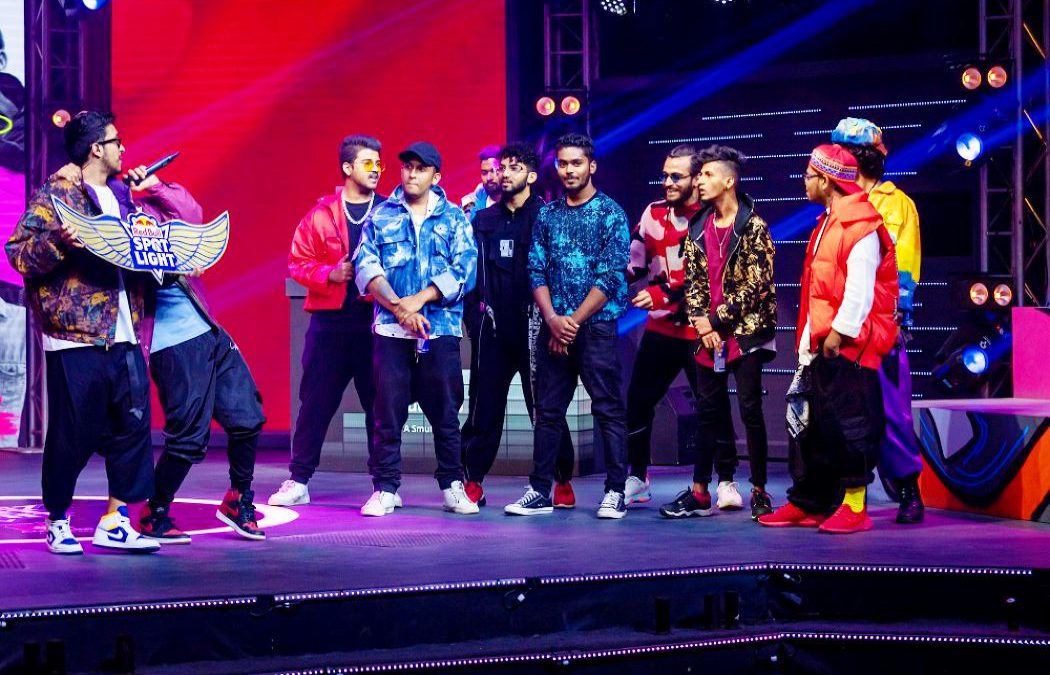 Red Bull Spotlight, a nationwide hunt to discover and support India’s best-emerging rappers, returned in early 2020 with qualifiers held across the country. Following a series of rounds, eight rappers emerged as finalists, who now feature in a six-part series and go head-to-head for the title.

Through the course of the series – which features Delhi-based duo SeedheMaut as masters of ceremony – the eight finalists spend time learning from the best in the business, brushing up their skills and participating in challenges and then compete for the title in the grand finale.

Produced by Red Bull Media House and MX Player with Supari Studios and directed by Nisha Vasudevan, episodes one to five see the contestants working with mentorsBrodha V, Naezy, Dopeadelicz, Sofia Ashraf, Sez on the Beat, Dee MC, D’evil and MC Kode, on everything from freestyle rap and studio production to storytelling and stage presence. Through the course of each episode, the young rappers meet the mentors, discuss their process, participate in workshops, and then go up against each other in a challenge to test their skills. With no eliminations, the winner of each challenge receives some extra one-on-one time with the mentors.

Says Nisha Vasudevan, director of the series, “I’ve had the pleasure of working on content with the hip-hop scene on quite a few properties over the past few years, and to be able to create a web series of this scale for the community was a total delight. With Red Bull Spotlight we really wanted to keep the focus on camaraderie and growth over anything else. The intention was to create something that’s authentic to the scene and reflects its values and its people. Red Bull Spotlight is about creating opportunities for the talent in India and growing the Indian hip-hop scene, and I’m really glad I was chosen to be a part of it.”

In the series and show finale, produced by Frizzon Productions, the eight contestants go head-to-head on stage, using everything they’ve learnt to impress the judges – DIVINE, EmiwayBantai, Naezy, and Dee MC – and walk away with the title. The winner will now receive the opportunity to record a full-length album, a music video, support to plan its release, and more.