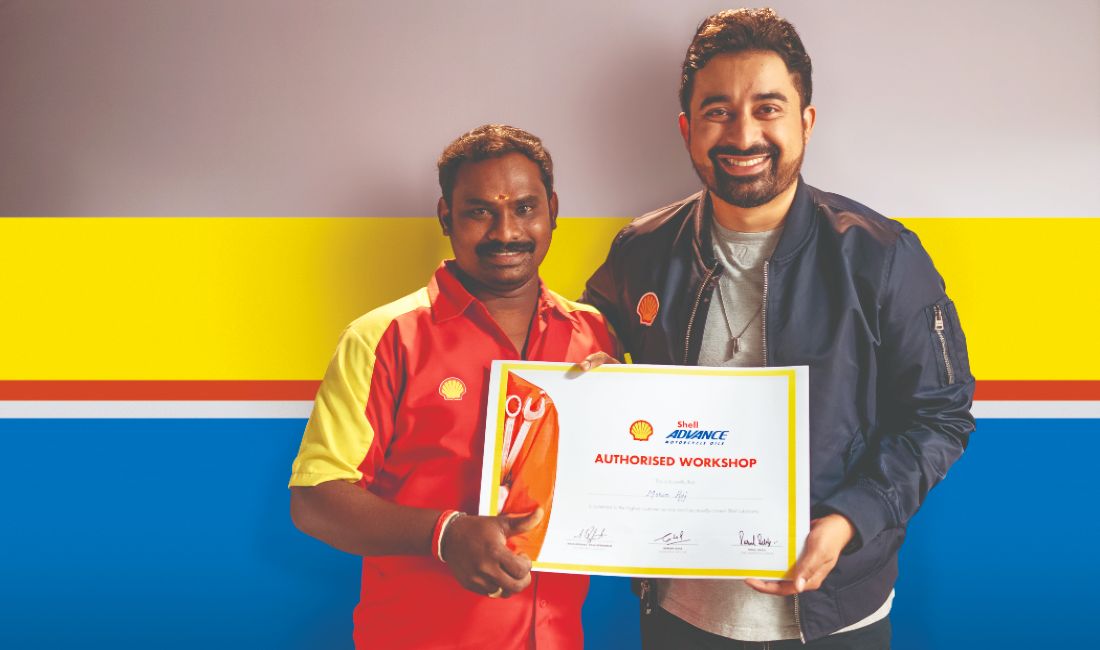 Shell is empowering mechanics to fulfil their dreams &nurture their businesses

Shell Lubricants, the global leader in finished lubricants, recently launched its ‘Ab Duniya Dekhegi’ campaign, positioning itself as a trusted partner and success facilitator for the most mission-critical aspect of their value chain– mechanics. The campaign celebrates the spirit, commitment, and hard work of mechanics, which has helped them enhance their skills and make a name for themselves. Endorsed by renowned celebrity and biking enthusiast, Rannvijay Singha, the campaign has launched a new brand film that brings alive Shell’s promise to mechanics in their ambitious journey towards success. The first film is based on the story of a successful mechanic from Chennai who dreamt big and achieved considerable milestones in his professional journey.

Launched on 1st April, the inaugural film showcases the journey of Mr S. Mohan Raj from Chennai, who worked at the same workshop for twelve years. Upskilling himself over the years through several trainings and certifications and with consistent hard work and support from Shell, he opened his own workshop, which he has been running successfully for over eight years. Shortlisted by Shell as an ‘Ustaad Mechanic’, he now aspires to expand his operations and own an even bigger workshop someday, under the Shell Ustaad Programme. The programme supports mechanics’ business needs, including product and technology efficacies, training and support tools. The programme also offers mechanics cash coupons on the sale of Shell Advance products, loyalty reward points on every oil change, access to training programmes, and branded merchandise.

Shell Advance has provided him with a total workshop upgrade and rebranding support worth INR 2 Lakh.

4 Most Easiest Ways To Naturally Whitening Your Teeth From Today

Immerse Yourself in Nature - Hiking in the Countryside of Philadelphia