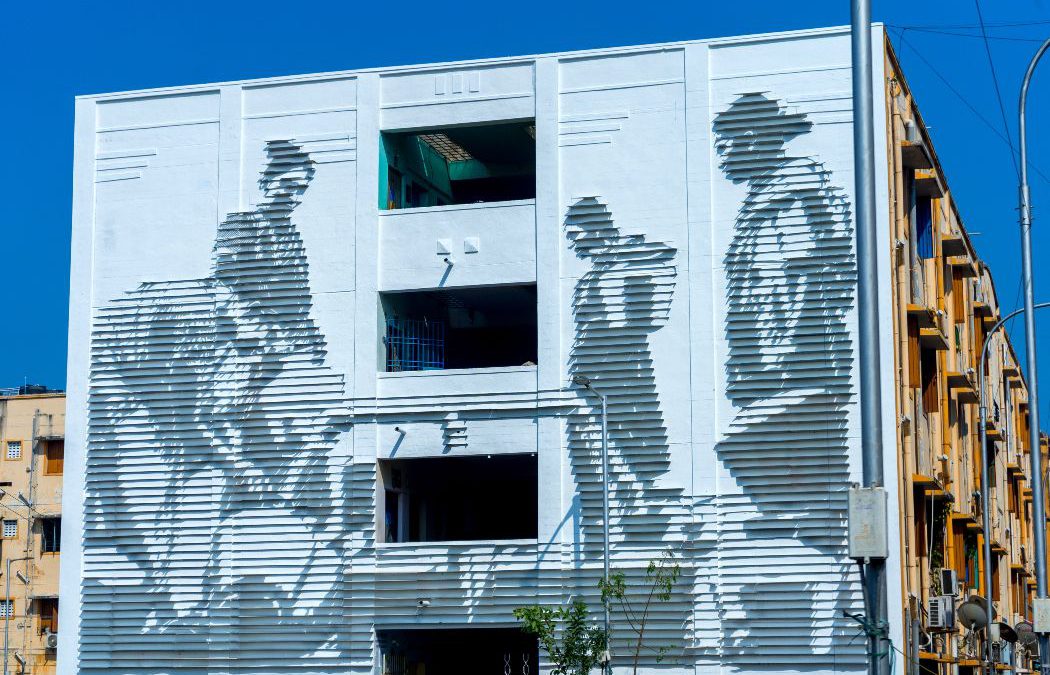 St+art India Foundation and Asian Paints are pleased to announce their return to Chennai this year for the second edition of Kannagi Art District with 3 additional murals by renowned artist Daku and two emerging artists, Yessiow and Kartikey Sharma. In 2020, just before the pandemic struck and brought life as we knew to a standstill, St+art completed work with 10 national (including 5 artists hailing from Chennai) and 5 international artists, for St+art Chennai 2020. It entailed multiple street art interventions in the form of murals, workshops and curated tours in the Kannagi Nagar neighbourhood of Chennai, along with establishing the area as India’s fifth public art district.

Being one of India’s biggest resettlements, Kannagi Nagar is one of the most dense neighbourhoods St+art has ever worked in; with a population that extends beyond 80,000 people and a community from different parts of the city and the state.The purpose and engagement with the art districts created over the past 5 years, has always been an ongoing process which over the years should keep on getting developed. With that in mind, as soon as the pandemic seemed to be in control, in February 2021, St+art started with the second phase of Kannagi Art District. The aim was to keep the project alive as well as provide the local community with a morale booster during their adjustment to the new normal. Three artists were invited, two emerging (Yessiow and Kartikey Sharma) and one of the most recognised Indian Urban Artists, Daku. As no community activity was possible St+art decided to add more works of art that speak in different ways about the context and continue our dialogue with the space and the community. 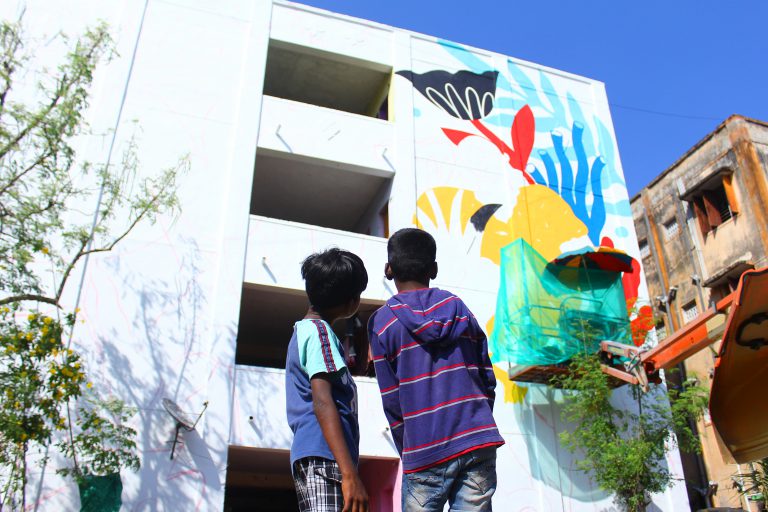 “Kannagi Art District is one of our dearest projects and we are extremely glad to have been able to enrich this open-air art gallery with new works including the masterpiece by Daku. We can’t wait to go back, hopefully soon, to create more art pieces and to strategize relevant community projects, believing in the therapeutic and positive essence of art” Mrs Giulia Ambrogi St+art India Foundation

“Asian Paints is happy to support St+art India as they return to Kannagi Art District to bring some much-needed cheer to its’ people through beautiful and representational art. Indian cities are known for their rich history and heritage. Through St+art, we all have a golden opportunity to reinvent public spaces in these cities.” – Mr. Amit Syngle, MD & CEO, Asian Paints Ltd.

About the new Murals & Artists

Artist Daku’smural in Kannagi Nagar is a call to address the water crisis that has gripped Chennai as well as the rest of the country. On 19 June 2019, Chennai city officials declared “Day Zero”, indicating that the water in the city had depleted, as the four main reservoirs supplying water had run dry. Twenty-one cities in India will run out of groundwater by 2020, affecting around 100 million people, claims a report by NITI Ayog. The report also says that 40 percent of India’s population will have no access to drinking water by 2030.

Daku’s mural in Kannagi Art District stands like a problem, mimicking the crisis itself and appearing only as the sun goes up to reveal the ramifications of this water shortage. The wait for the image acts as a metaphor for the wait for the water in the city, but also for time itself – reappearing year after year.

Title “Despite all odds”

An oyster is sitting on a notebook that has opened up and has disintegrated into a multiplicity of pieces. This fragmentation imposes on the piece a sense of chaos and yet the structural quality of the composition brings back a sense of order. The play with the architecture with its hollows and volumes in fact establishes a firmness to the piece beyond this multiplicity.

In a symbolic way, the artist has shown here the story of KannagiNagar where the diversity of its inhabitants, all coming from different areas of the city and with different backgrounds, is resolved in a strong sense of connection to this new settlement. It is the representation of how from chaos even a pearl – such a precious thing – can come out. Also the plant is another metaphor for this concept that reflects on how life in general works. Furthermore, how life even with its shadows is always stronger than anything so is the plant, fragile and yet present also within a concrete wall. “Despite all odds” thus becomes a reminder of how new stories always grow in mysterious ways despite the most dramatic reasons that could be behind them.

Yessiow is a young emerging artist from Indonesia. From being a graphic designer she started getting passionate about street art. At the beginning she was playing around with photoshop and superimposing her works on walls she was liking. Later on she decided to try and really paint a wall. This is the largest she has ever painted as previously she has painted solely walls reachable by a ladder if at all!

She has been travelling since 2018, and this is the third time we came to India. This time she has stayed for almost a year because of covid-19, and india is the only place she has lived in for a long time during our travel journey. Mostly she has traveled in north india, and couple of months ago she has reached the south to explore more of the rich culture India has to offer

In her words: “No doubt there are still many negative views out there about India to visit, but for me India is one of my favorite places. Not only because of the so many beautiful sceneries but above all, the love and the kindness of people. I met amazing friends and local residents who had extraordinary hospitality. From north to south, the hospitality of the Indian people cannot be denied. The experience I got in India is sooooo much!”

With this work she wants to put out a message of deep love for India and celebrating the aspects she is feeling the most exceptional. Thus, she celebrates in this mural the kindness of local people in India while adding local elements such as corals and algae but also flowers to resonate with KannagiNagar demographic – largely fisherfolk – and also with the general theme of the art district – People & Environment.

Coa in Hong Kong is Named the Best Bar in Asia

6 Super Amazing Ways To Celebrate The New Year At Home

4 Binge Playing Family Games During The Lock down

Flipkart Video and Sikhya Entertainment are set to bring out your inner detective with Kaun? Who did it?