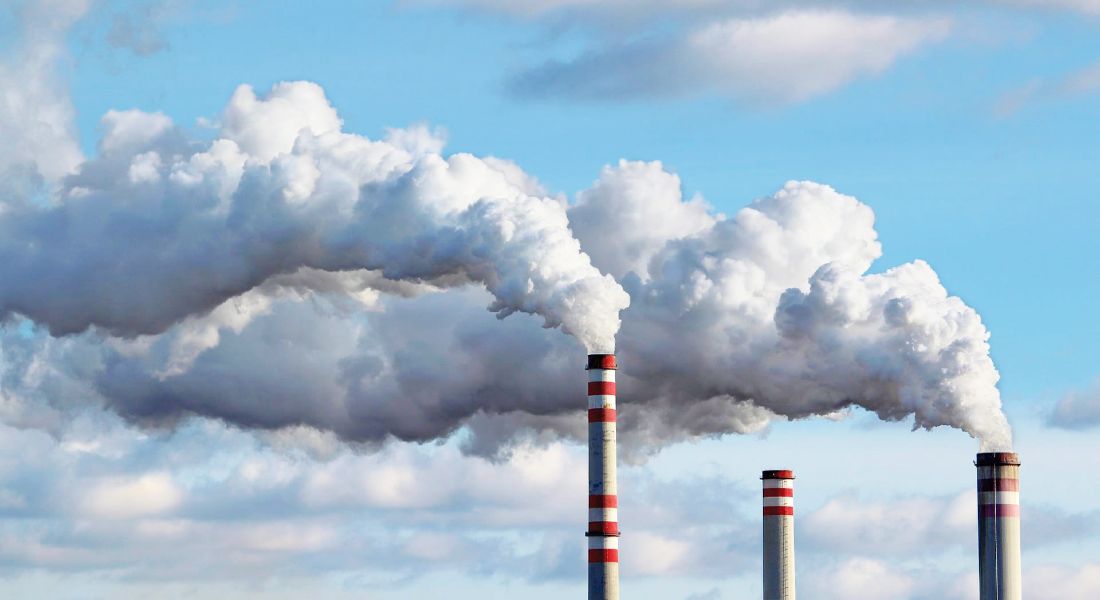 The report is the first to estimate the business cost of pollution in India, with the aim to motivate companies and policymakers to actively champion clean air

Air pollution costs Indian business about USD 95 billion (7 lakh crores) every fiscal year, around 3% of India’s total GDP, a major research report shows. The cost is equal to 50% of all tax collected annually, or 150% of India’s healthcare budget. The findings in the report, undertaken by Dalberg Advisors in partnership with Clean Air Fund and the Confederation of Indian Industry (CII) add urgency to tackling air pollution by outlining that it imposes heavy economic costs as well as devastating health impacts.

Dalberg estimate that India’s workers take 1.3 billion days off work annually because of the adverse effects of air pollution on their health, amounting to USD 6 billion in lost revenue. Air pollution has also been shown to have significant effects on workers’ cognitive and physical performance, lowering their on-the-job productivity and thereby decreasing business revenues by up to USD 24 billion.

India had 1.7 million premature deaths from air pollution in 2019, 18% of all deaths in India, a figure that is projected to increase by 2030, making India a major contributor to the global economic cost of premature mortality. In economic terms, the lost working years cost the Indian economy USD 44 billion in 2019.

The report further reveals that India’s IT sector, the source of 9% of the country’s GDP and a magnet for foreign investment, is disproportionately affected, losing USD 1.3 billion due to pollution-induced productivity loss per year. If air pollution continues to increase at currently projected rates, this figure could nearly double by 2030.

India has grown to become the world’s fifth most polluted country in the last decade and has 21 of the world’s 30 most polluted cities. As India’s median age rises from 27 in 2019 to 32 in 2030, vulnerability to air pollution will increase as mortality due to air pollution-linked pulmonary problems and lung cancer will grow at an accelerated pace, as these illnesses tend to affect the elderly harder.

Speaking at the launch of the report, Mr. Gaurav Gupta, Partner, Asia Director, Dalberg, said, “This report shows how air pollution affects the overall health of businesses and the economy. While the government has taken aggressive measures to address the issue, the emphasis on air pollution across the globe has continued to be on its public health implications. It has now become important for Indian businesses to include air emissions in their profit and loss statements.  Clean air is a precondition for businesses to thrive – and for India to realize its vision of becoming a USD 5 trillion economy by 2025. Achieving this goal would require industry leaders to take more ownership and become advocates in the movement for cleaner air.”

Ms. Seema Arora, Deputy Director-General, CII, said, “As per the survey insights, interviews, and data analysis that went into the preparation of this report, it is clear that individual businesses – and their employees – have a direct stake in improving air quality. While there is a need for a lot of thinking to be done here, the business solutions to this business crisis as per our findings include ‘’greening’’ business operations and supply chains, adopting renewable energy technology, mitigating emissions through CSR activities, and campaigning for more ambitious pollution policies. We believe that through active and sustained collaboration between the public and private sectors, bluer skies, and a healthier economy can soon become India’s reality.”

The report notes that air pollution has a substantial impact on India’s economy, alongside the health and environmental impact, and that by improving its air quality, India will not just be healthier but also wealthier.

From Freshers to Experienced, a Bright Future for all is the Promise of MIT-SDE