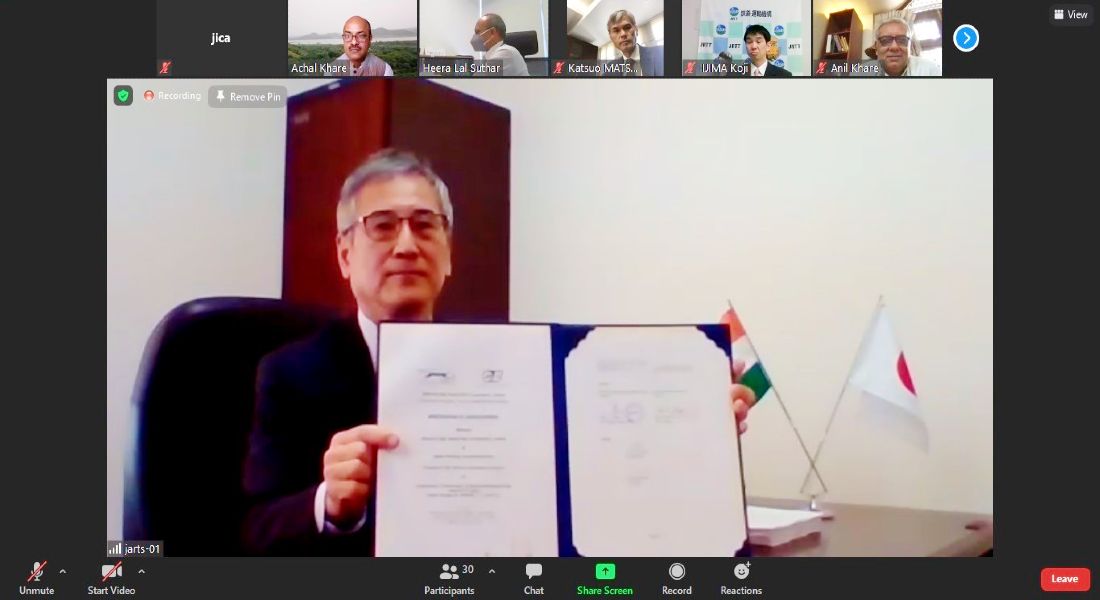 As per the MOU, JARTS will coordinate and mobilize Japanese experts, with vast experience and expertise in Japan’s Shinkansen’s (also known as the “Bullet Train”) track construction works, to provide Indian side with Training & Certification and Advisory services. The staff of contractors, for track packages under the project, will gain opportunities to visit Shinkansen track construction site in Japan. Selected staff of the contractors shall also be imparted trainings and advisory services on track construction works by Japanese experts, who will be dispatched to MAHSR construction sites. JARTS will impart 15 different kinds of training programs for relevant contractors’ staff such as training for track slab manufacturing engineers and training for rail welding technicians. 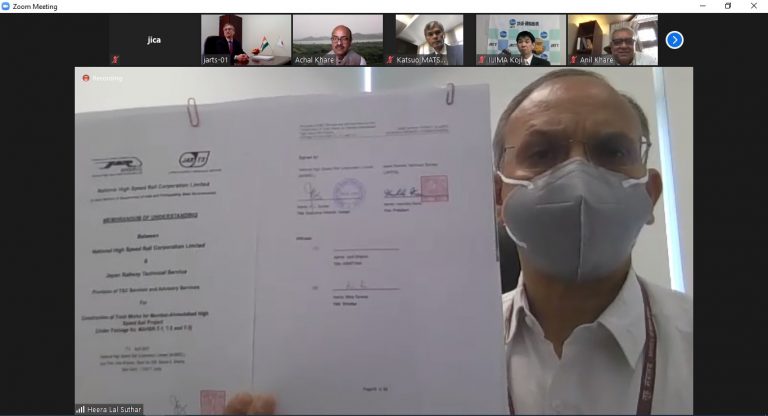 Speaking on this occasion, Mr. Miyamoto Shingo, Minister, Embassy of Japan said, “MAHSR project is an epitome of Japan-India collaboration, contributing to India’s first High-Speed Rail project by introducing Japan’s High-Speed Rail technology. This MOU between NHSRCL and JARTS will not only contribute to the successful implementation of this project, but also strengthen the partnership between India and Japan. This will ensure the Transfer of Technology from Japan’s High-Speed Rail system to India, and also give a boost to “Make in India” initiative.”

Speaking on this occasion, Mr. Matsumoto Katsuo, Chief Representative, JICA India said, “The signing of this MOU marks a significant milestone for the MAHSR project. Since track is crucial for railway safety and comfortable ride, the role of Japan Railway Technical Service (JARTS) as Training & Certification Agency for track construction works is extremely important for this project. JARTS and Japanese experts will work together closely and shall contribute to effective adoption of Japan’s Shinkansen technology to MAHSR project. I am confident that this partnership between JARTS and NHSRCL would lead to upgradation of India’s railway technology and contribute to the growth and bright future of India’s railway sector.”

JICA has been supporting the project for the Mumbai – Ahmedabad High-Speed Rail by providing ODA loans of INR 250,000 million JPY (approximately 18,000 crore INR) in total since 2017. The objective of the Project is to develop a high frequency mass transportation system by constructing the High-Speed Rail between Mumbai and Ahmedabad, using Japan’s Shinkansen technology (also known as the “Bullet Train”), thereby enhancing mobility in India and contributing to regional economic development.

Leadership During Crisis Learning From The Forces

The “King of All High Speed Fans” – Celebrating 20+ years of Crompton Highspeed!

Airbus to partner Flytech to train drone pilots in India