4 Most Beautiful Islands In India You Should Definitely Visit Sooner 4 Most Beautiful Islands In India You Should Definitely Visit Sooner

At some point in your life, you might have come across the question “what would you do if you lost on an island?” from your pals or others and you would have given your funny answers as well. But when it comes to planning a trip or filling your bucket list, you might of course forget about India’s most fascinating islands which are worthy to explore. You gotta remember that India has been naturally incorporated with thousands of islands which would proffer you with several amazing sites for diving and coral reef-spotting and even wildlife havens. So, why not try traversing the spectacular islands of India? Well, get ready to pack your bags for the islands the next time you are planning for a trip in and around India. 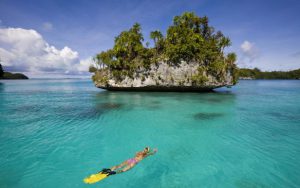 ANDAMAN AND NICOBAR’S NARCONDAM ISLAND: Formed by a now-dormant volcano, Narcondam Island is worthy to visit at least once in your lifetime. This is an outstanding zone for beginner-divers and it would provide you spectacular scenes of barrel sponges as well as soft corals. A submerged rock formation is where the dogtooth tuna housed and even big-eye trevally too. If you are lucky enough, you could even spot the whitetip and grey reef sharks. Narcondam is a bird endemic to the island which has also found its home here in Narcondam.  While Andaman and Nicobar itself bring you joy, then think of its Narcondam which has so much to offer you. 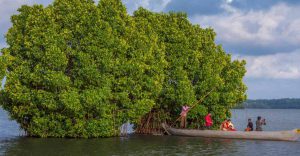 KERALA’S MUNROE ISLAND: Located at the junction of the backwaters of Ashtamudi Lake and Kallada River meet, Munroe Island is named after Resident Colonel John Munro of the erstwhile princely state of Travancore. It has been famous for canal cruises and it is quite captivating for its coir-retting and weaving process, which was once the largest source of revenue for the dwellers of the islands. Famously known as God’s Own Country, Kerala has multiple things to amaze you. One among these is Munroe Island which has been an excellent place for witnessing the Kallada Boat Race which is a popular thing over here that contains about 12 snake boats. You could also spot some migratory birds and enjoy the greeny ambiance that has been encircling you. 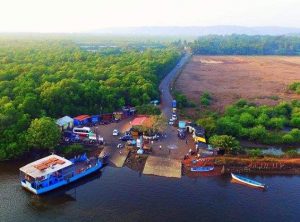 GOA’S CHORAO ISLAND: Known for its rich history, Chorao Island is first known as Chudamani which means a precious stone in Sanskrit, and later known as Ilha dos Fidalgos or Island of Nobleman by the Portuguese. Through its varieties of names, you could realize how historical the place could be. Chorao is well known for its Salim Ali Bird Sanctuary. The island, being divided by the river Mandovi, is filled with amazing birds and crocodiles in the mangroves on its wildlife side. It could be best experienced through the comfort of a canoe. As mentioned, the Island being historically rich is incorporated with 16th-century Catholic churches and many temples. So, the perfect time to land on this island during November and April, and it is good to avoid during the rainy season. This thus proves that Goa is an inevitable one. 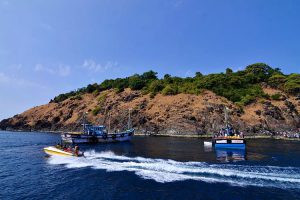 KARNATAKA’S NETRANI ISLAND: Netrani is popularly known for its diving facilities. It has been located around 20 kilometers from the coast of Karnataka in the Arabian Sea. Netrani would never fail to amuse with its stunning views of corals, eels, parrotfish and triggerfish, and even whale sharks. Even if it is a small island, Netrani was once used by the Indian Navy for target practice and so it is still not allowed to visit without any permission. However, it is worthy to experience between December and January which would be helpful for you to get the best out of snorkeling and diving.

7 Most Astounding Things That Happen When You Stop Wearing Underwear

Anne Hathaway and Roger Federer turned down – by Swiss nature

Hawaii Tops the List of Global Property Destinations for Luxury Buyers, according to Luxury Portfolio International

Did You Ever Know THE CENTER POINT of India, Zero Mile Nagpur