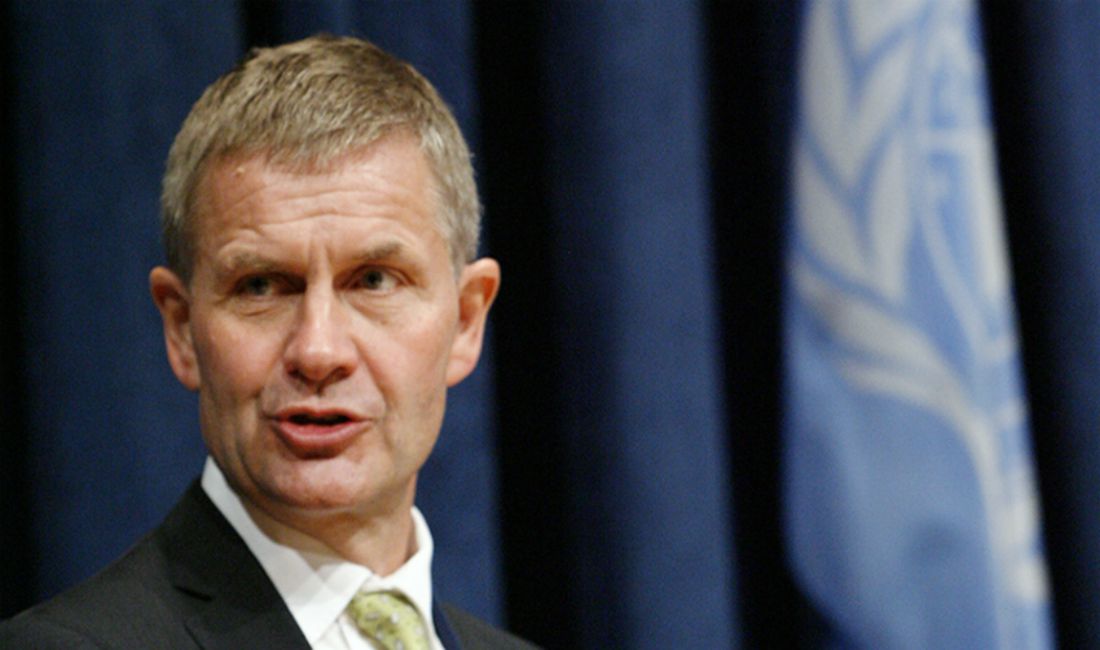 “The International Solar Alliance, launched by Prime Minister Modi, is a good initiative in this regard, but, at the same time, continuing to rely on coal is not a good idea. Solar energy is cheaper than coal and adopting solar is better for the economy, environment, and the labour,” he added.

The three major challenges we face today are climate change, environmental pollution and the extinction of certain flora and fauna. Although there has been a decline in pollution due to COVID-19, pollution is usually the leading cause of death worldwide. Under normal circumstances, about 90 lakh people die every year due to pollution.

“People generally do not treat their mother badly. Earth is also our mother. We must show our love and be responsible to our Mother Earth,” Erik added. He also pointed out that if people are committed to environmental protection, then it can make a big difference in the economy and overall development.

Citing the example of the African nation of Rwanda and the two countries that share its borders becoming the world’s largest protected habitat for Gorilla monkeys, he explained that there was a huge economic gain for the community as tourist guides, hoteliers and taxi drivers benefitted by this change.

He opined that Greenstorm’s Nature Photography competition is a highly commendable initiative. “As we cannot go everywhere and appreciate the beauty of nature, photographers would bring us that beauty to us.” He added that the changes that photography can bring in are unbelievable. Citing the example of the Vietnam war, he said, “The photographs from Vietnam during the war helped to stop it by shaping public opinion against the war in the United States, which finally brought the war to an end.”

Speaking on the occasion, Dileep Narayanan, Managing Trustee, Greenstorm Foundation, said, “I was delighted to see that the Nature Photography Competition and Exhibition, organized by the Greenstorm Foundation for the past 11 years, is becoming more and more international by the passing of each year with entries received from 52 countries this year.”

He added that the activities of the Foundation are designed such that it brings about a change at the individual level. On the idea of sustainability, he explained that the basic principle of the foundation is that one should not just take, make, and throw away but one should borrow, use it for a few days and replenish them in a better manner.

Trustees George Korah and Anil Menon also spoke at the event, which was held online.

A jury comprising of renowned environmental activist Ranjan Panda, Conservation Ecologist Latika Nath, and advertising guru Pratap Suthan selected 30 entries for the online exhibition out of 6811 entries. The exhibition will continue till 30th September. During this period, the final winners will be selected by the votes cast by the online visitors to the exhibition on the website. The first three winners will be awarded cash prizes that total to Rs.1 lakh.

A worker and his dog lay curled up in a small square truck, complementing each other like Ying & Yang, captured by Karthikeyan Grover from Uttar Pradesh, a heart-touching photograph is one of the entries in the exhibition. Beautiful shiny bubbles with black spots and life inside, a mother frog guarding her eggs, photographed by Vittorio Richie from Liguri, Italy, is also not an easy picture to describe in words. As the saying goes, a photograph is worth a thousand words. Another picture on display is of Christopher Andres from Rizal, Philippines, that captures the finest details of a lizard that is clung on to a green leaf from the other side, is a marvellous example of the sheer beauty of nature. There are 30 such amazing pictures on display that would enthral the visitors.

Stay In Philadelphia With Confidence

Did You Know? Lord Jagannath Temple At Kanpur Can Predict Rainfall Precisely

6 Hottest Places In India Where The Sun Gets Extremely Scorching