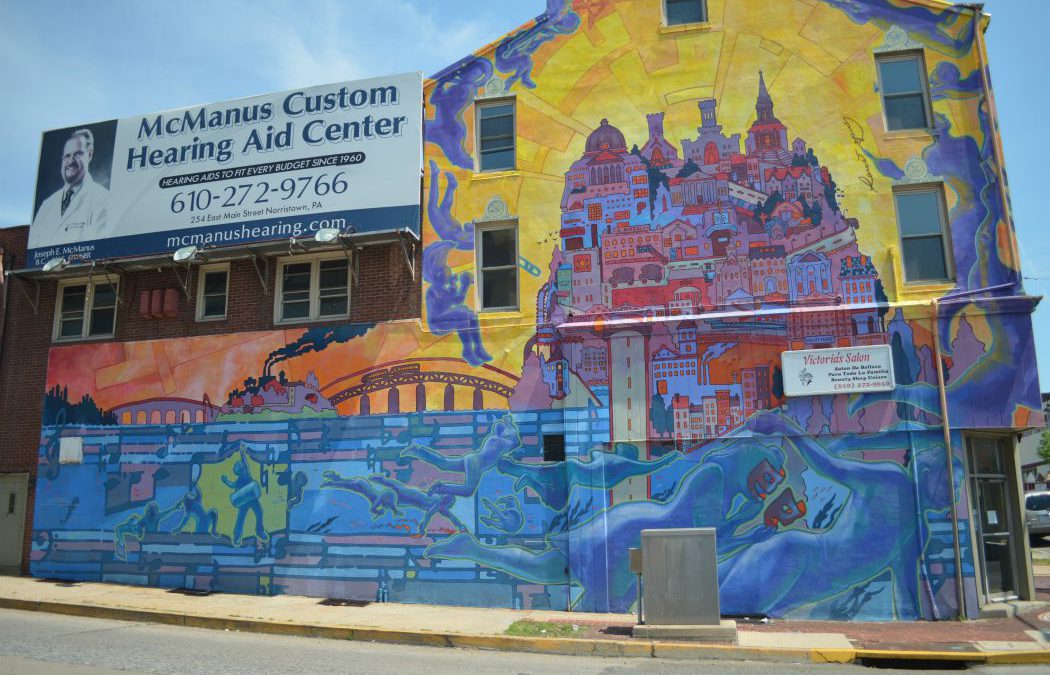 In Philadelphia, every wall is a potential blank canvas, and stunning murals adorn building exteriors and walls all over. The Countryside of Philadelphia is a necessary stopping point when discovering Pennsylvania’s art – between the famed Wyeth family and the number of various museums, galleries, and studios in the area, Countryside of Philadelphia is a vibrant art hotspot. The creative urges here are strong, and over the past few years, artists and members of the county have begun to think outside of the frame, literally.

Today, the Countryside of Philadelphia has a number of beautiful murals on display that not only add character to the already charming countryside but also tell a story about the people who are here. These murals reflect the rich history and the bright future of Philadelphia, the Countryside has a display of murals that both locals and visitors will be sure to appreciate. 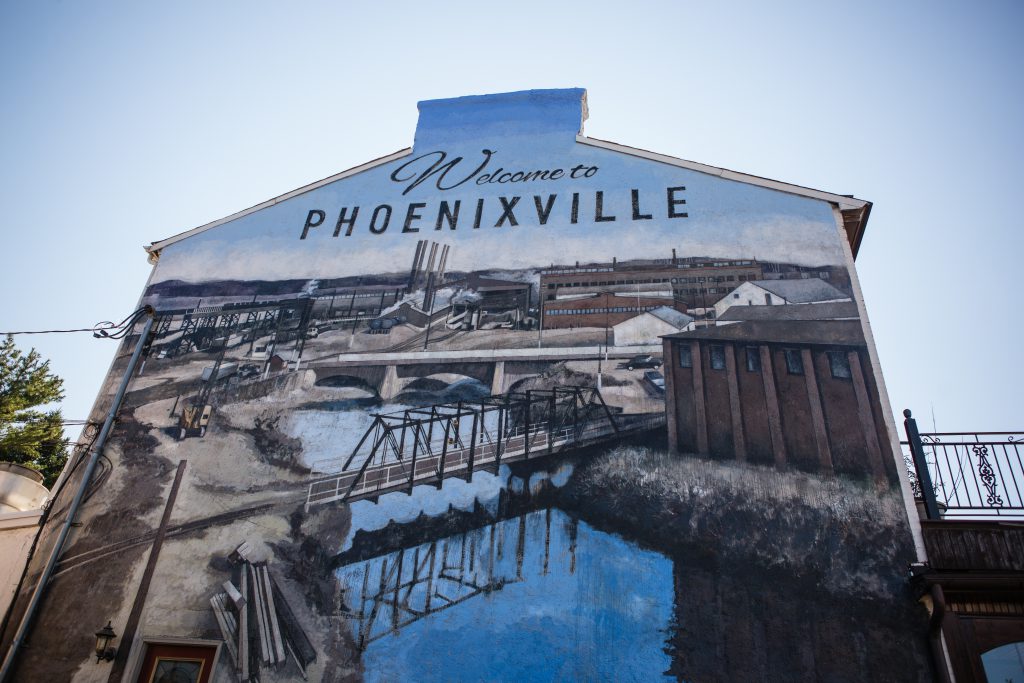 Located on the exterior wall of Marly’s BYO on Bridge Street in Phoenixville, the mural reads “Welcome to Phoenixville” and is based on a 1932 photo that displays a view of the factory that can still be seen today. The mural was painted by Teresa Haag and was completed in September 2015. 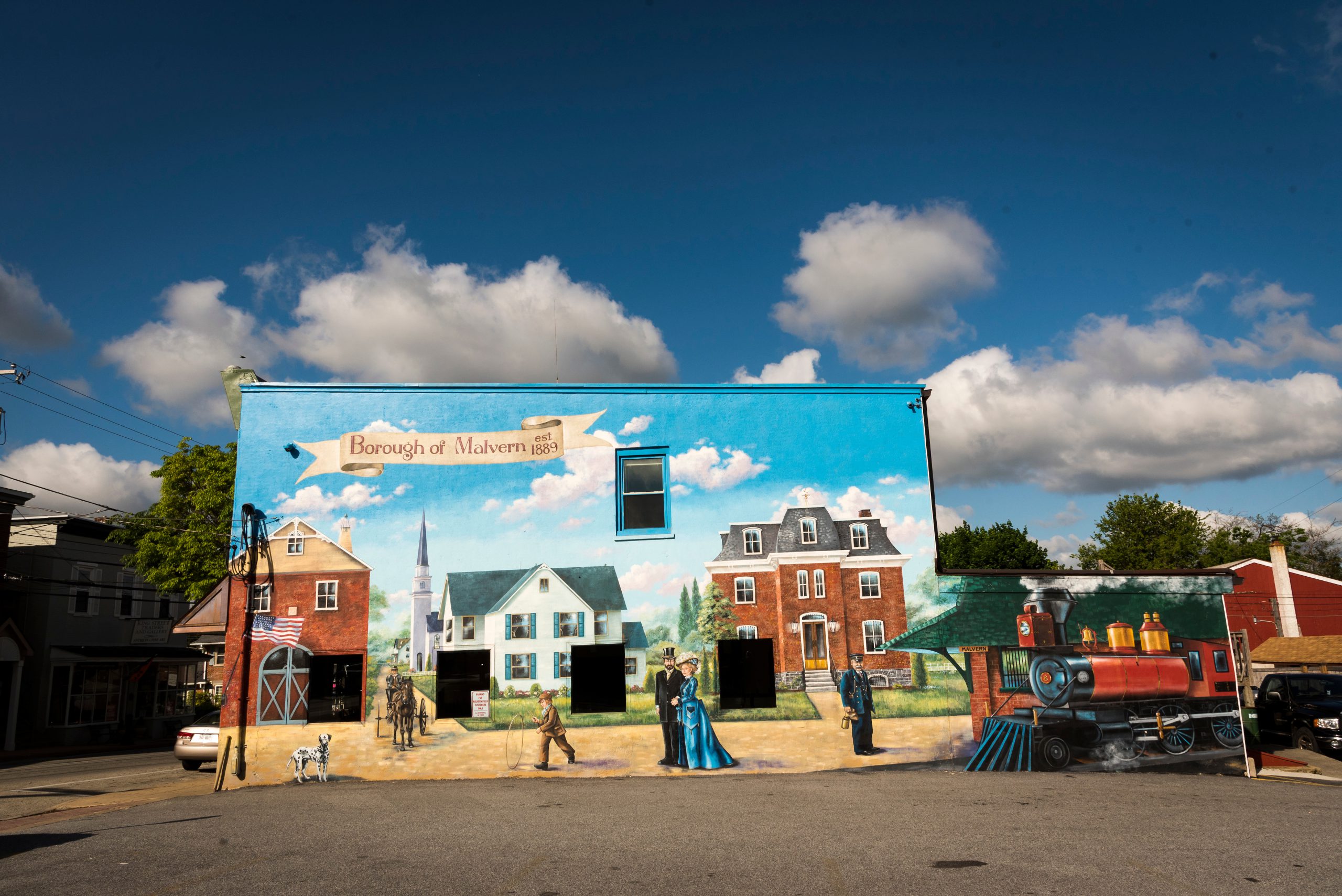 Located in the Lobby of Borough Hall in Malvern this was the fifth project for the Malvern Community Art Project. The mural depicts King Street in 1889 and 2014. The pieces were painted by artist Randall Graham and were completed in 2015. 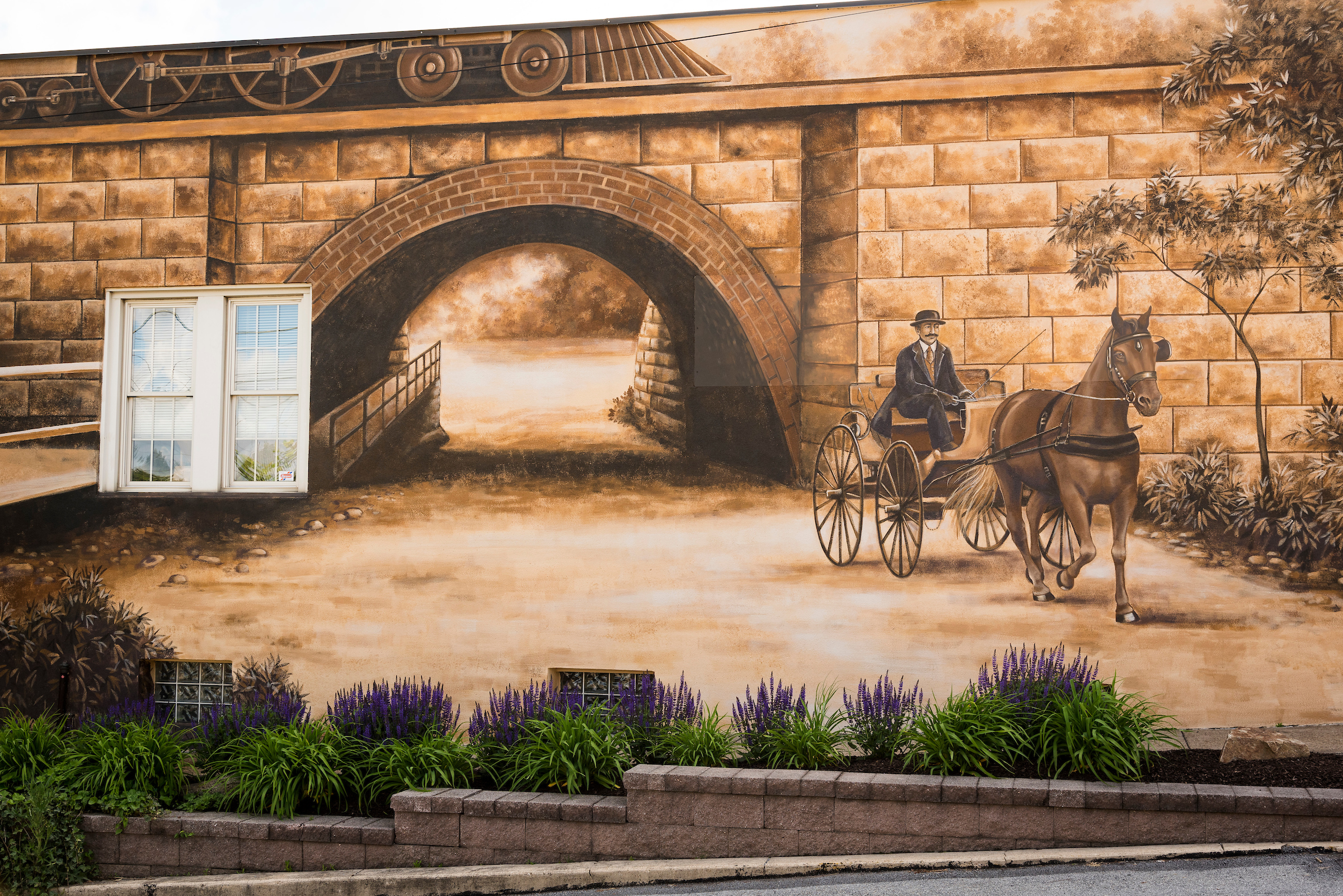 Located on the side of the Malvern Saddlery in Malvern, it was the sixth project for the Malvern Community Art Project. The mural is a replica of a historic photo of a horse and buggy traveling through the Warren Avenue tunnel with the addition of President Lincoln’s funeral train. The mural was painted by Carrie Kingsbury and was completed in 2015. 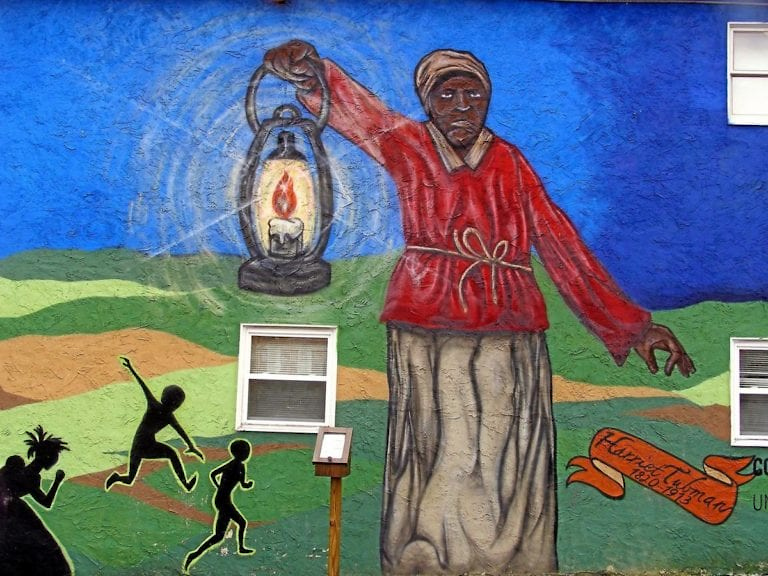 Located on Willow Street in Kennett Square, this mural depicts Harriet Tubman leading silhouetted freedom seekers toward the North Star. The mural also features a list of some Kennett abolitionists and those they helped. The mural was designed and painted by artists Dave Mass and Joey Gothelf and was finished on November 13, 2010. 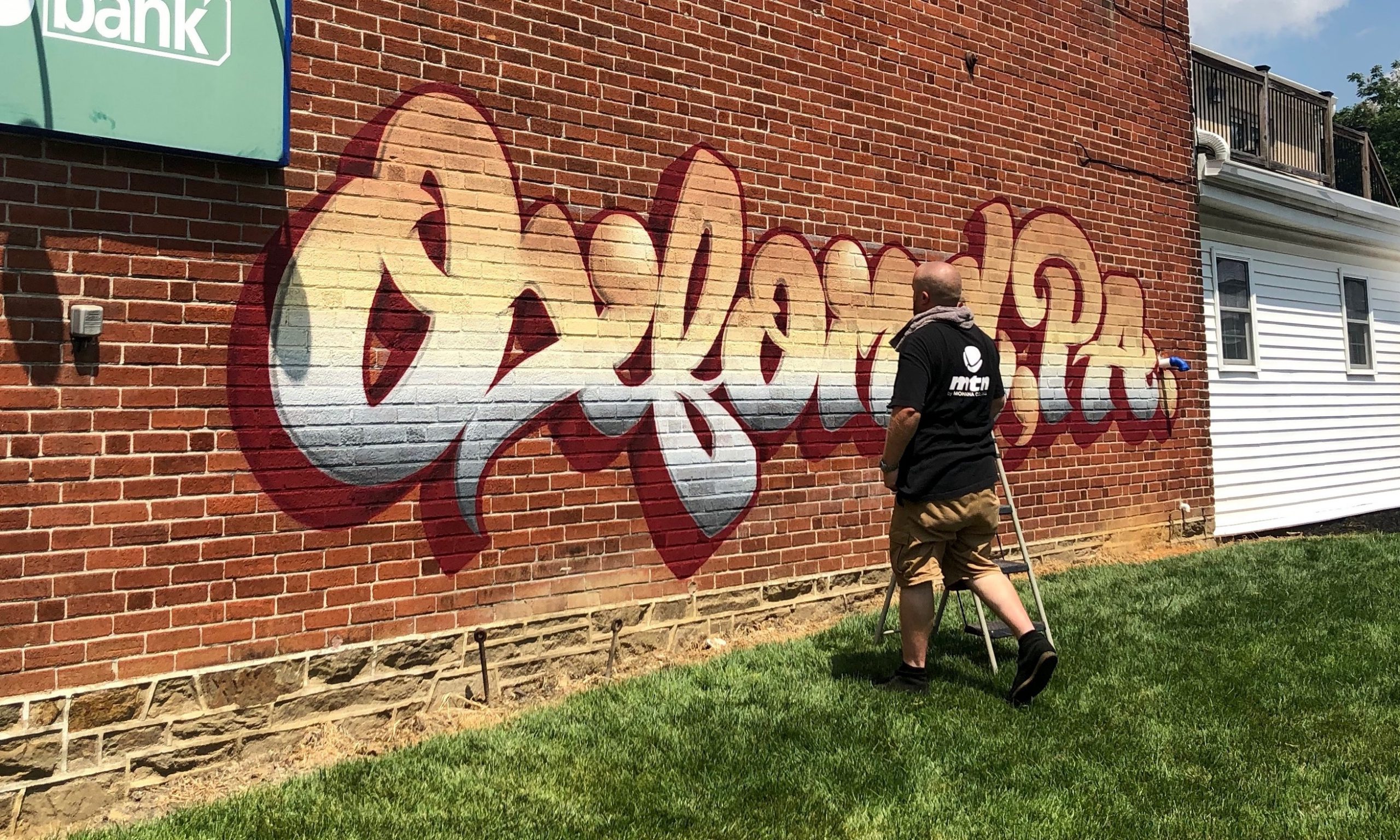 Chester County’s newest murals have been created in Downtown Oxford. In the last three years, many new murals have been created and a lot of it has to do with the Connective Arts & Music Festival. Last year, 2019 at the Connective Festival, local artist Derrick Noel painted a mural throughout the course of the day right in the heart of downtown Oxford. It will be no surprise to see more beautiful artwork coming up during one of our counties biggest Art & Music festivals.

In 2016 a warm and vibrant piece showcasing vines and leaves on a formerly nondescript cinder block wall on Third Street was envisioned and painted by local artist Susan Melrath and was Funded by a private donor whose funds were matched by Oxford Mainstreet. 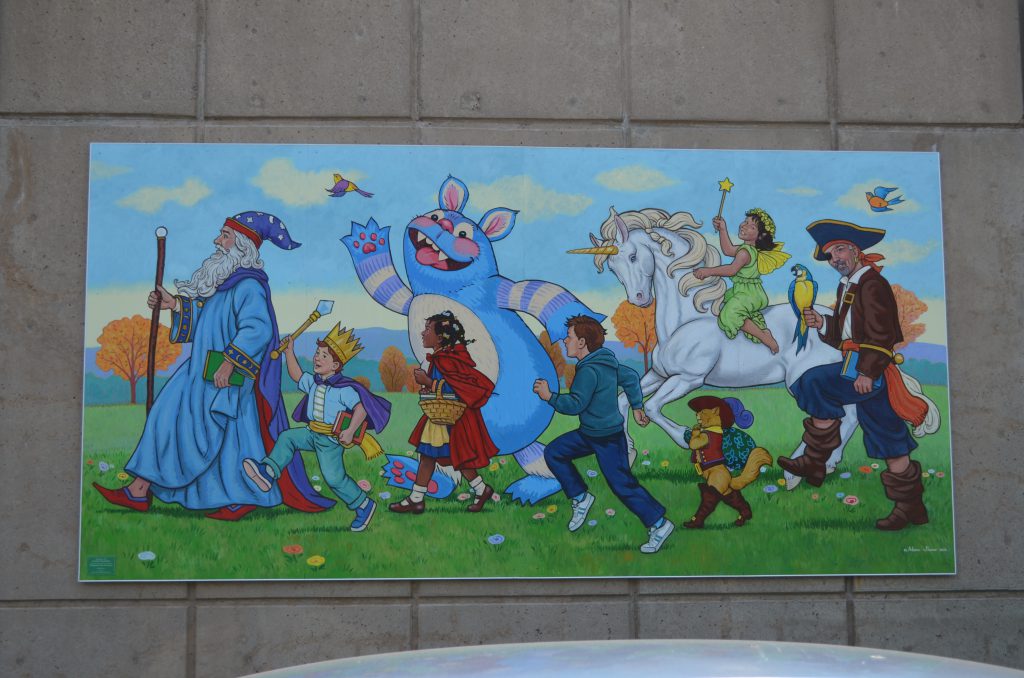 7 Most Important Reasons Why You Should Choose Train While Travelling

5 Unbelievably Romantic Honey Moon Destinations In India For Every Couple